At the end of our unit on chemical bonding, I wanted to provide an opportunity for students to apply the various topics from the unit into one culminating lab that was practical to execute and challenged their current understanding of the material. I wasn’t satisfied with the lab I had relied on in the past which only placed a narrow emphasis on identifying compounds as either covalent or ionic based on various properties observed. This year, I made some adjustments to incorporate the ability to determine whether the substance was polar or nonpolar as well as being able to determine the identity of the substance itself. In this lab, students are presented with nine unknown substances. By performing a series of tests, analyzing chemical structures, and applying their understanding of how intermolecular forces affect the properties of a substance, students will ultimately determine the identity of each unknown.

Figure 1: 9 unknowns samples provided – 3 are liquids and 6 are solids

Overall, this was a 2-day process. Day 1 consisted of performing the tests and identifying each substance as either ionic, polar, or nonpolar. On Day 2, students were given the table above to analyze so that they could identify and justify their identifications.

For this lab, some of the unknowns that I chose (see figure 1) were purely due to me wanting to find use for chemicals we had been storing in our stockroom for quite some time. For example, I know organic liquids such as chloroform and hexane need to be handled with caution but student use was confined within a fumehood and there were no issues. Additionally, naphthalene has a strong odor that can be irritating so its use was limited to a fumehood as well. You could easily switch out certain chemicals for others as you see fit. I liked these because it gave a wide range of polarity and differences in properties.

Since students do not know the identity of the substances, they aren’t able to immediately determine what IMFs are present within each substance. Instead, they must first perform a series of tests that will generate sufficient evidence to identify each substance as ionic, polar covalent, or nonpolar covalent. A brief overview of each test is provided below.

Surface Tension (drops on a penny)

At this station, I have three dropper bottles and pennies available. Students must determine how many drops of each liquid unknown can fit on a penny before it spills over. Additionally, I encourage them to either write down or take a picture of the general shape of the bubble formed on each penny. The idea here is that substances with stronger IMFs will likely result in more drops and a more prominent dome-like bubble will form.

Figure 2: Image taken from previous lab of the three example liquids at the surface tension station

Since we did not explicitly cover the concept of vapor pressure, I decided to label this test using a phrase that students would likely be more familiar with—evaporation rate. At this station, there are three test tubes filled with the liquid unknowns. A Vernier temperature sensor is placed in one of the liquid samples until the temperature has reached an equilibrium and then the sensor is removed and set on the table. While sitting on the table, the liquid evaporates from the sensor and the temperature change is recorded. Since evaporation is an endothermic process, we can expect the temperature to decrease. We know evaporation is complete once the temperature stops changing. Substances with weaker IMFs will evaporate more quickly (higher vapor pressure) which will result in a steeper temperature drop compared to those with stronger IMFs present.

Two separate stations are setup for students to observe the solubility of each liquid unknown in two different solvents—water and cyclohexane. At one station, I have three test tubes filled with water and each liquid unknown sample has already been placed in each. At the other station, I provide the same setup but with cyclohexane in each. Though I could have students perform these solubility tests themselves, I’ve found it’s much more efficient to make these mixtures ahead of time so that all students need to do is make their observation and move on. The premise behind the solubility test is to apply their understanding of “like dissolves like” and make inferences about the polarity of their unknowns depending on their observations within the polar solvent (water) and the nonpolar solvent (cyclohexane).

Figure 4: Molecular models shown to students of water and cyclohexane

This test consists of placing the unknown solids on a hot plate in the fume hood and observing the order in which they melt. Students make little aluminum foil boats and place a small amount of their sample in each. This can either be done all at once or individually. For those that chose to do it individually, I reminded them that they should probably record the time. Since not all the substances melt at the temperature the hot plate is at, students were told not to exceed three minutes while observing a sample.

Though I didn’t get a video of the unknowns at the melting station from this lab, I had recorded video previously for a different lab that shows the exact same setup and what to look for. See the time lapse video below.

For this test, each of the unknowns were placed in a small beaker of distilled water and mixed. In front of the class, I placed one of our Pasco conductivity sensors in each and displayed the results on the board for students to record. Since charges need to be present within the solution for conductivity to occur, this allows students to infer the degree to which charges are present within each substance.

Solubility in water and cyclohexane

The solubility of each solid unknown can be observed at the same stations used for the solubility of their liquid unknowns. This means that each solubility station has nine total test tubes, each with an unknown sample placed within it. 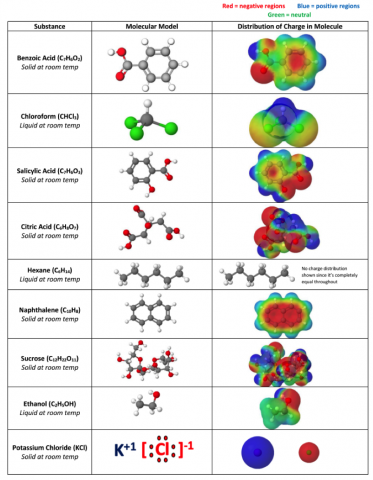 Figure 5: Table given to students to help them identify each unknown DOWNLOAD

Once testing was done, students had sufficient data to lean strongly toward each substance being ionic, polar covalent, or nonpolar covalent. With this part done, it was now time to link the observed properties to the presence of intermolecular forces within the substances. To do this, students were given the PDF seen in figure 5 that provides a list of the possible identities of their unknowns, a molecular model, and an MEP surface diagram of the molecule to show charge distribution. The molecular models and MEP surface diagrams were made using the free online program from molview.org.

Since students already had some idea of the polarity for each based on the previous test results, they could now match the observed properties with those that they would expect to see based on the molecular structure. This was undoubtedly the most difficult part for most but it lead to so many good conversations and new connections to be made between structure, forces, and properties.

If you are interested in learning more about the structure of the lab or replicating it for yourself, you can find the document for this lab in the Supporting Information below. Note that you must be logged into your ChemEd X account to access. Don't have an account? Register for FREE!

Set up stations as described in the procedure.