This Nobel Laureate crossword puzzle focuses on prizes awarded between 1901 and 1909. Learn and revisit some historical chemistry, terminology and background on key historical figures in this field. This decade, 1901-1909, is the beginning of the quantum revolution that not only rocked chemistry and physics, but laid the groundwork for new forms of electronics, pharmaceuticals and understanding genetics at a molecular level. In this era, the neutron was still twenty years from being experimentally verified, the use of electricity was in its infancy and the first effective antibiotic, penicillin, was not mass produced until the 1940’s.

The Nobel Prize is awarded every year in six disciplines; Chemistry, Physics, Medicine and Physiology, Literature, Peace, and Economics. Alfred Nobel, active as an inventor and businessperson, left a will in 1895, to acknowledge "those who, during the preceding year, have conferred the greatest benefit to humankind." Scientists can typically spend years or even decades developing their projects that can advance humanity. Once the concept or event has been brought into the public’s view, its impact is evaluated. The announcements of the year’s recipients take place in the fall of each year, with a ceremony held in Sweden typically in early December. The award includes a gold medallion, a diploma, and a significant monetary award. Awards are often correlated with popularity, as many Nobel Awards winners have been known to shape our society, from Watson and Cricks double helix structure of DNA and Marie Curie's work with radioactivity, to Jennifer Anne Soudan and Emmanuelle Charpentier work with CRISPR and Carolyn Bertozzi, Morten Meldal and Barry Sharpless (his 2nd Nobel Prize) for their work with click chemistry. We are working on a series of puzzles that will provide some introductory material on every Nobel Prize awarded from 1901 to 2022. In addition, some key concepts in the Nobel Award in medicine and physics with strong links to various areas of chemistry will also be included. These will range from Watson and Cricks model of DNA to the Bohr model of the atom.

Here you will find

Our first educational puzzle submitted to ChemEd X was developed during the pandemic and focused on infectious diseases (see Using an Abbreviation Puzzle as a Method to Familiarize Students with Infectious Diseases)1. It allows players to learn something about over 150 infectious diseases using a strategic method. Recently we developed a novel puzzle that allows students to think strategically while familiarizing themselves with the elements and their symbols from the periodic table (see Turning Element Abbreviations into a Strategic Exercise)2.

For more information about the educational benefits of using puzzles, see our previous post: Turning Element Abbreviations into a Strategic Exercise.

This series of puzzles can be completed individually or in groups, and it can be used in a classroom setting or given as homework. And don’t forget, there are always a few parents and other family members that might enjoy the activity. 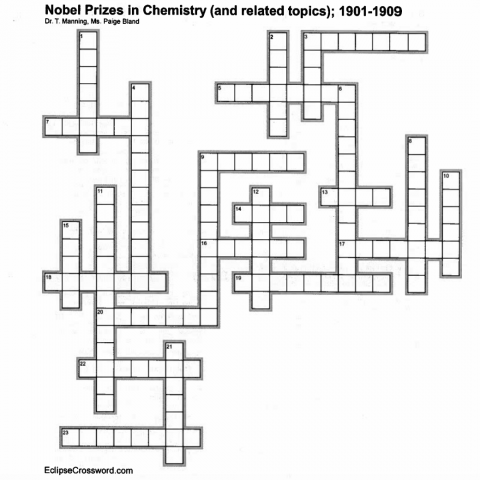 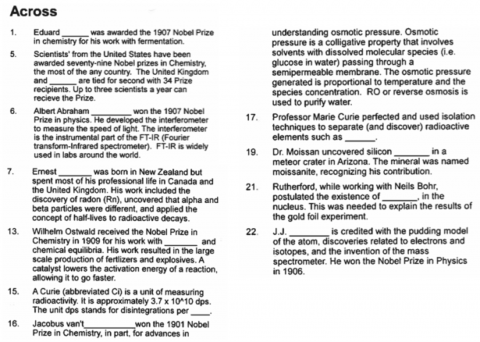 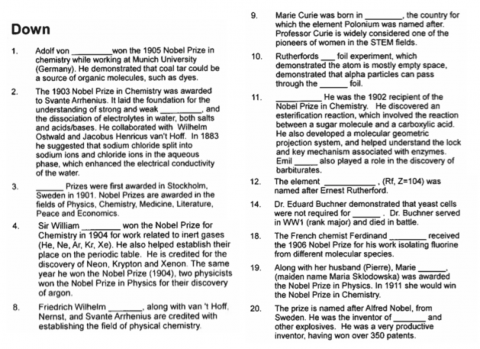 Provide students with blank puzzle and clues. Note there are two versions available. Both versions include clues but the more advanced version does not include a word bank.