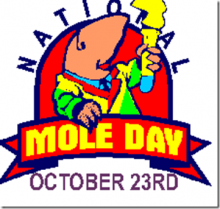 Every October I get excited; not as much for halloween, but rather for Mole Day! I have been a member of the National Mole Day Foundation (NMDF) since the beginning of my career and enjoy celebrating with my students. My first year of teaching we (the chemistry classes) hosted a Chemistry Carnival. My students did demonstrations for the elementary and middle school students and I did some for everyone. It was such a success that the next year the entire science department worked together to host a Science Spectacular!

The following year I was at a new school and began our Mole Day celebrations as a class and a school wide T-shirt design contest. The next year we invited the 6th graders (because they were learning chemistry) from our feeder schools to come celebrate with us. That celebration grew for several years and when I had those 6th graders as students it was awesome to see them switch roles and relay their Mole Day memories.

This year, I wanted to find out a little more about the early days of NMDF so I chatted with Arthur Logan the current president.  Here is his story . . .

Art:  "At ChemEd at Osh Kosh on 1991, Maury had signs stapled to everything about joining a grass roots organization to encourage chemistry students. I thought that sounded like a great idea and joined as a charter member.

I got my students on board that first year along with the mayor of Clio, and had a special proclamation issued by the Michigan state legislature for Mole day in Clio. In 1993, I became the first Mole of the Year and joined the board in 1994. I have been president since and rewrote the bylaws into what they are today.

The newswletter started as a simple letter sent out by Maury, to one I layed out on my computer, to having it professionally printed to what it is now. When I went to Australia in 1994 I meet with a group in Brisbane and they joined as well making us a world wide foundation. We have a new artist now but Burrow [the mole] has stayed the same. Mike did not write songs to start with but went back later and did the earlier ones so every year we have a them song."

If you haven't checked out the NMDF site, do it today!  http://www.moleday.org/

Happy National Chemistry Week and have a Marvelous Mole Day!

Tell Me a Story 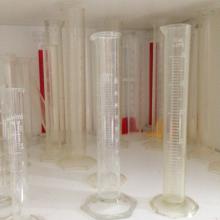