Suppose that the earth’s atmosphere continues to warm, beyond the levels that we know are already inevitable.  Suppose that the arctic permafrost melts, releasing millions of tons of methane, which is about thirty times more effective at warming than is carbon dioxide, as well as much CO2 as is already in the atmosphere. Within a few years, the mean temperature rises by five degrees Celsius or more, sea levels rise, crops fail and millions starve.

At that point, do you consider unleashing an artificial re-creation of the 1991 eruption of Mt. Pinatubo, which decreased by about ten percent the amount of sunlight reaching the surface of the earth in 1992 and 1993? Could the injection of man-made sulfur dioxide or particles into the stratosphere be a strategy to ameliorate the warming effects of man-made greenhouse gases? It is a prospect that no one would consider a first choice, and it is not even completely clear that it could be done, but humankind might be forced to desperate measures if the acceleration in the use of fossil fuels, aversion to nuclear power, and impotence of wind and solar energy combine with universal political inaction take us to the tipping point. Melting of a large part of the permafrost would be “game over”, according to Livermore National Laboratory’s Jane C. S. Long, and many climate scientists see it the same way.  The injection of solar energy absorbers and scattering agents into the stratosphere is only one of several potentially cataclysmic interventions discussed by New Yorker science writer Michael Specter, who also authored one of my previous Picks, Denialism: How Irrational Thinking Harms the Planet and Threatens Our Lives. While fertilizing the ocean with iron salts (to accelerate absorption of carbon dioxide in the sea) is apparently no longer under consideration, schemes that remove CO2 from flue gas or even from the atmosphere, are also being considered. Even if this were to work, there would remain the problem of how to dispose of billions of tons of the stuff. If any of this ever has to be tried, it is very bad news for all of us. 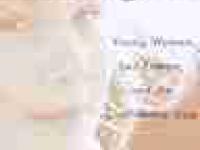