Collapse: How Societies Choose to Fail or Succeed

Jared Diamond's "Guns, Germs, and Steel" is one of the most thought-provoking books I have read in the last few years. It is an examination of the factors that have led societies to flourish and to gain ascendency over one another. It turns out that it is more often a combination of external variables, such as the availability of indigenous wheat or rice for cultivation, or the location of accessible ores, rather than the character of peoples that have caused the great swings of history. In this new book, Diamond examines how some societies have chosen to fail. The word "choose" in the subtitle is key to Diamond's thesis. He shows how one culture can die out due to "lack of resources" while another can continue indefinitely in the same environment. An excellent example is the Norse of Greenland, a society that attempted to establish an agrarian system based on hunting, farming, and the raising of cattle, using knowledge with which the same people had been successful in Norway. But Greenland's short growing season and the adherence to familiar ways caused the society to fail, while an adjacent Inuit culture survived in the same environment by making different decisions about the use of fish and by developing methods to hunt the abundant but elusive ringed seal. The subject of "Collapse" is very relevant to the science of the environment, and Diamond does a fine job of describing both historical and contemporary case studies. We know what the fates of the Maya, the Norse in Greenland, and the Easter Islanders were, but the stories of modern Eastern Africa, Haiti and the Dominican Republic, and even the Bitteroot Valley of Montana are not ended. What will we learn from the mistakes of our ancestors? 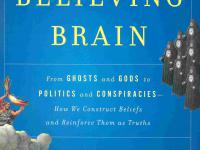 The Believing Brain: From Ghosts and Gods to Politics and Conspiracies - How We Construct Beliefs and Reinforce Them as Truths 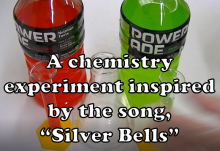