Diane Ravitch was one of the architects and leading exponents of No Child Left Behind, but she has reversed field completely, and has become one of only a few very prominent critics of its Obama-Duncan incarnation, Race to the Top. Her book, "The Death and Life of the Great American School System: How Testing and Choice are Undermining Education" was one of my Picks last year (2011), and the article about her in the current New Yorker magazine chronicles her ideological history from left (only as far as John Kennedy and Hubert Humphrey, though) to right, coauthoring with Chester Finn "What Do Our 17-Year-Olds Know", a strong criticism of the American school system. (The answer - Not Much!). Through the nineties, she was affiliated with some conservative think tanks, such as the Manhattan Institute, the Thoms B. Fordham Institute, and the Koret Task Force at the Hoover Institute. She was a natural to lead the NCLB movement, which she did. While her opinions have changed over the years, they have done so largely in the light of evidence. When NCLB had been in place for several years, she examined the evidence and found that many of its tenets - that standardizes testing would disclose weak schools and teachers and lead to their remediation, that charter schools would pioneer innovative methods that would be adopted elsewhere, and that national standards would raise the national bar, were not reflected in the data.  Furthermore, the data itself was suspect, especially the claim of the "Texas Miracle", which was largely a result of dumbing down the tests that Texas was using. A 2009 survey of charter schools show that only seventeen percent of them outperformed the public schools in math, forty-six percent were about the same as the publics, and thirty-seven percent were significantly worse.  The "Teach for America" program has, despite the hopes of many, proved ineffective, and everyone became convinced that the 2014 goals of NCLB were as far away as the moon, if not Mars. There is no silver bullet for what ails American education, and Diane Ravitch is not only pointing out the tarnish on those being minted in Washington, but providing a thoughtful voice in the complicated but often oversimplified debate about what to do next. 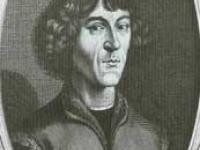