Toward roads that de-ice themselves

This year in the midwest United States, winter has been a fickle friend. I haven’t seen the same amount of snow or ice as in recent years, but I still made sure I was prepared for it at our home by stocking up on calcium chloride to use as a de-icer on my driveway and sidewalks. To read more about why I chose calcium chloride over sodium chloride (rock salt), read my blog post here.

In winters past, many county road commissions have dealt with a surplus of snow and ice, often resulting in a projected shortage of road salt. As such, road commissions have occasionally sought out alternatives to de-icing roadways - alternatives that include sand/salt mixtures and other deicing solutions. According to the Michigan Department of Transportation (MDOT), “Road salt is the predominant deicing chemical used by the MDOT; sand is the abrasive exclusively used. Calcium chloride and CMA also are used, but in far smaller volume than road salt.” For reference, CMA is calcium magnesium acetate.

Recently, I came across an article via the ACS News Service Weekly PressPac about a newly researched material infused within asphalt roads that could de-ice themselves. Essentially, researchers realized that although citizens in snowy/icy regions typically use road salt or other deicers to keep roads from getting slippery, the deicers generally get washed away from melting snow or vehicles driving by. Re-application is necessary and can be costly fiscally in the long run. To help solve this problem, researchers from a university in Turkey developed a mixture containing potassium formate and the polymer styrene-butadiene-styrene. “Bitumen, a major component of asphalt,” was added to the mixture which was found to be “just as sturdy as unmodified bitumen, and it significantly delayed ice formation in lab studies.” Lab studies showed the mixture lasting for 2 months; researchers believe that when evenly distributed in real asphalt roads the composite could last for years, being released as needed based on the weather conditions. 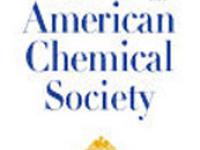 Generation of a Bacterium with a 21 Amino Acid Genetic Code