In an era of high-stakes testing, a struggling school made a shocking choice.

The choice they made was to cheat on the standardized exams.  This article, by New Yorker staff writer Rachel Aviv, paints a relatively sympathetic picture of the teachers and administrators of Parks Middle School, in Pittsburgh, Georgia, an Atlanta suburb. Nearly all of the kids in Pittsburgh are black, and nearly all of them are impoverished.  Many have unstable home situations.  In that respect, the district is similar to many others in the United States.  Like those other schools, Parks was expected to meet state standards on the Georgia assessment, the Criterion-Reference Competency Test. If they did not, the teachers and the administrators faced public embarassment, absense of raises, dismissal, and the possible dissolution of the school. Instead of suffering consequences that were inevitable, they cheated by surrupticiously obtaining the answers to the test in advance and erasing student answers, to be sparingly and artfully replaced with correct ones. The cheating began in 2006, but each subsequent year it had to escalate in order to keep up with "AYP", Annual Yearly Progress, required by No Child Left Behind (NCLB). The remarkable and amazing scores racked up by the school attracted national attention, including awards for the Principal and a visit from Arne Duncan. it wasn't just Parks Middle that was cheating.  In 2010, Georgia Bureau of Investigation agents found, after more than two thousand interviews, that forty-four schools had cheated. Now, many of the teachers and administrators are suffering the consequences, including firing and criminal prosecution. This is a morality tale, but the toxic atmosphere resulting from NCLB as interpreted by the state has made the "moral" unclear. Georgia is not the only place where cheating by teachers and adminstrators has been proven.  Similar cheating has been disclosed in Nevada, Missouri, Texas, Ohio, and Washington DC, where Michelle Rhee imposed draconian consequences to enforce mandated improvement on test scores, despite evidence that much of the data used for evaluation was corrupt. 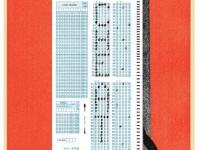