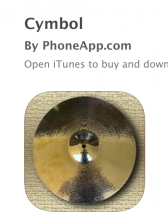 In my high school chemistry classes, I stress the use of units and the use of written chemical formulas to be represented properly.  It is important to me that when a student expresses the formula of a chemical either in their data or in a balanced equation that they represent it correctly.  With that in mind there is nothing I dislike more then seeing the lack of subscripts and superscripts in writing chemical formulas.

With the use of a laptop or a desktop computer then the ability to use superscripts and subscripts as a formatting option isn’t typically an issue.  I am currently typing this up in MS Word and it’s easy to represent the above equation correctly with subscripts and superscripts.

However, in my classroom, I have a class set have a class set of iPads and so the use of subscripts and superscripts as a formatting option for my students requires creativity.  For example, in representing chemical formulas in Keynote for slide presentations, my students would have to use offset text boxes to represent subscripts or superscripts correctly. Some students would decrease the font size of the subscripts, which became a work around but they were still forced to create a separate text box for superscripts.  It does work, however it can be frustrating when students are so used to just simply clicking the superscript or subscript button and typing when using their laptop.

Recently, I was sent an email and was told to look at the app cymbols  https://itunes.apple.com/us/app/cymbol/id416714959?mt=8. It sells for $1.99 in the app store and is described as the following:

Cymbol, an iPad app providing fast, easy access to symbols, special characters, and scripts used in scholarly, business, and legal content, is now available from PhoneApp.com. Choose from special characters that are an adjunct available in addition to the iPad’s onscreen keyboard.   App store description

I have worked with the cymbol app now on several occasions and this seems to be a great fix. Besides the business symbols and several math symbols, the direct access to numerical superscript and subscript buttons has been quite beneficial. I shared the app with several of my high students and they were quite pleased with its capability and enjoyed being able to tweet a correctly written chemical formula complete with subscripts from within the app. The app works directly with several other apps and also works nicely by simply copying and pasting correctly without changing the formatting of the text.

There is a video explaination. https://www.youtube.com/watch?v=nO0LrRTztEo.