Neutral: Between the Land of Positive and Negative or Creating Zero

Zero is not nothing. Rather, it is the point between the lands of positive and negative. Combining equal amounts of positive and negative brings gives zero; it brings us to neutral, and taking the concept from number to action, "neutralizes". "Horror impar insimularet (Nature abhors an unbalanced charge)", as I have pointed out in a soon to be published chapter (1). As a consequence of atomic structure and bonding, local imbalances of charge exist. This post is a call to allow yourself and your students to think of neutralization as both action and representation: chemistry is the action, and numbers the representation. In this discussion I will only deal with stoichiometry and with Arrhenius acid/base and precipitation reactions. In a following post I will have a longer PowerPoint-based presentation of The Reservoir Analogy of Buffers and Redox Reactions. But let's not get ahead.

The Problem: Necessary But Not Sufficient

Many concepts can be broken down into a set of necessary conditions. Without empirical evidence or justification, I contend that learners, in general, realize each "necessary" sequentially. A chronic difficulty faced by instructors in teaching certain concepts aligned with a topic is moving through each "necessary" to the collective "sufficient". This is a progression of ideas to create a new concept in the learner. I know you have seen it. For example, in an ion, both a) stoichiometry and b) charge are inherent, i.e. necessary, to sufficiently describe an ion. And yet, time and again, a student will take one necessary step and stop. For example, with sulfate, saying S-O-4 without the 'negative two'. S-O-4 is only wrong in that it is insufficient, like naming an organism by genus, but not species. An expert will pick out the error, and the student might be confused because when told they are in error might first think that the stoichiometry is wrong without staying aware of the charge. The link between the two concepts is missing.

How does one convince students of the importance of linking stoichiometry to charge in an ion? And in addition, what technique can they use? The behavioristic, rote-learning method may work as a first step, but it teaches the stoichiometry-charge form of the ion outside that other, yet unmentioned, necessary: how the ion identity fits into chemistry and bonding. After all, chemistry is both verb and noun: the making and breaking of bonds (2). The following method takes a noun and verb from one root (neutral and neutralize) to link the necessaries of charge and chemistry with the hope that both the narrow goal of learning ions will expand to include an understanding of acid/base and precipitation reactions.

Upon deeper thought, it is kind of goofy to have something that exists physically as a negative. How is it that an ion is negative? It can seem like an Abbot and Costello routine: "A nitrate is negative? Yes. Are you positive? Yes, I am positive that it is negative." Though money is no more concrete than atoms and molecules, it is more visible, and perhaps a monetary analogy can be a way to get to the idea of neutralizing charge. That is, naming debt as "negative money" and wealth as "positive money" can help students see the analogy to anions and cations as visually shown in the figure below.

Does debt neutralize wealth, or does wealth neutralize debt? Does an anion neutralize a cation, or does a cation neutralize an anion? The obvious answer to both questions is, "Yes, because the qualities complement, so we just need the quantities to match." Once it is done, the debt is cancelled; zero, the neutral, is created.

We can always dream that this would create an "ah-ha! moment", but likely a little expansion of the analogy will be necessary. Let's start with the stoichiometry of simple ionic compounds. Bringing together one chloride anion, Cl-, with one sodium cation, Na+, neutralizes the charges to form NaCl, sodium chloride. It is a good idea at this juncture to point out that the charges are still there, it is just that matching them brings the overall charge to neutral. I like to say that I can still "see" the charge though it is no longer explicated written. The separate charges did not disappear.

The next level of complication is the mismatched charges in, say, potassium sulfate. Grade school math tells us that +1 does not bring -2 to neutral, to zero. We need two potassium cations per sulfate anion. This emphasizes one advantage of using neutralized over the conventional phrasing, "balance the charge". The term balance has a gravimetric connotation, and a) the mass of two monocationic potassiums is not the same as one dianionic sulfate (78.2 vs. 96.07 g/mol respectively), and b) I have a tough time making a viable analogy where something like a see-saw balances positive and negative values on the two sides. If forced to, it is better to think of it as adding vectors where sign is the direction and charge is the magnitude, but the majority of general chemistry students are not familiar with vectors.

Once the neutralization concept of creating zero is defined, and given the example of stoichiometry of ionic compounds, we can reveal the secret of the source of the conventional definition of neutralization in acid/base chemistry. In the Arrhenius model of acid/base chemistry, the positive of the hydrogen ion is combined with the negative of the hydroxide to make a neutral compound, water. Equation A below.

The combination of aqueous solutions causes the acid character of the acid and the base character of the base to be brought to neutral as the positive and negative charges create zero in the neutrally charged water. The sodium and chloride ions still carry charge, but in water they do not carry acid or base character. However, using this introductory concept for Brꬾnsted-Lowry acid/base neutralization by transfer of a proton would be too confusing because of the added complications of neutral bases, polyprotic acids, and charged acids and bases.

Broadly speaking, the precipitation reaction is a type of acid base reaction, and creating zero to link charge and stoichiometry to chemistry is a natural extension. If a) the anion and cation charges match, and b) the acid/base character of the ions is neutralized, an ionic solid is formed. This can get incredibly subtle and sophisticated, including Hard/Soft Acid-Base concepts and with a mismatch between a) and b) creation of complex ions, but we can show a quick analogy to the Arrhenius acid/base equation A above and the double displacement precipitation reaction in equation B below. The Fe2+ cation is the acid, the S-2 anion is the base, and iron (II) sulfide, FeS, is the neutralized precipitation product.

With these three examples- stoichiometry, Arrhenius acid/base, and precipitation- we find that zero is created by bringing together the lands of positive and negative. And by realizing that zero is something, students will find the term neutral is a good place to be.

(1) Lomax, Joseph, Lomax, Suzanne, "The Heterogeneity Problem: Intermolecular Forces as they relate to Solubility and Chromatography," in "Contextualizing Chemistry in Art & Archaeology: Inspiration for Faculty", ACS Books, 2021, in press, bk-2021-00016m.R1.

(2) The first day of class I give them this Q/A set and use it often through the course.  Q: What is chemistry? A: Chemistry is making and breaking bonds. Q: What are bonds? A: Bonds are stable.

Neutral: Between the Land of Positive and Negative or Creating Zero 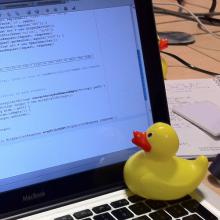 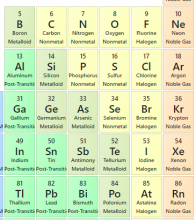