The Girls of Atomic City by Denise Kiernan

While we were driving through Tennessee recently, we visited the American Museum of Science and Energy in Oak Ridge, the de facto museum of the ambitious WWII project that separated the uranium and plutonium isotopes used in the atomic bombs dropped on Hiroshima and Nagasaki. I recommend that other scientists and science educators make the effort to visit this historic town and the museum. Of course, the Oak Ridge National Laboratory is still an important research center, involved in applications of nuclear chemistry and computer science, but it evolved from the wartime origins that are described in The Girls of Atomic City by Denise Kiernan. My wife and I both thoroughly enjoyed the book, which describes a time that would be as foreign as North Korea to today’s students in the degree to which workers’ minds were controlled. The story is compelling, and would be unbelievable were it not true. Eighty five thousand Americans were recruited from across the country to work in hastily-constructed factories and a new town, on a project that they was so secret that the workers themselves were not told what they were working on. Most of the workers were women, because so many young men were serving in the armed services. Conditions were primitive and uncomfortable, with snow and cold in the winter and calf-deep mud in the spring and summer. Three different, unproven technologies were being scaled to unprecedented size even as they were being developed. Separate factories were built under wartime urgency to harness the three processes: differential gaseous diffusion, liquid thermal diffusion, and Calutrons (preparative mass spectrometry, for separation rather than analysis). Only a few of the workers had any training in chemistry or physics, and most of them worked at tasks that they were not allowed to not understand. Security was very tight: workers were not allowed to speak or write about their work, even with coworkers from other parts of the plant, and the focus of their work was always referred to as “Tubealloy”. Even the town of Oak Ridge, which had grown to a medium-sized city, did not appear on maps until after the war was over.  These dedicated women were real “Rosie the Riveters”, who helped create America’s war machine while most of the men were fighting overseas. The scientific story of the first atomic weapons has been told elsewhere, but this is the human story – described in the personal lives of six women, whose stories intertwined in a sociological experiment of unprecedented magnitude, ultimately resulting in the surrender of Japan. 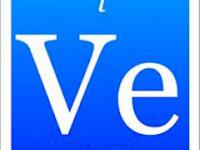