For better or worse, I've seen very little of Richard Feynman's work/videos/lectures/etc. But a while ago, somewhere in my Twitter Timeline, somebody mentioned a transcription of a Richard Feynman interview about magnets. Since I don't actually teach much about magnetism in my chemistry courses, I almost skipped right on past the link. But instead, I took a couple minutes to check out the transcription of the interview - and then watched the video embedded below.

I realized I had been missing out on a gem. Now, I can't wait to find more time to watch Richard Feynman interviews. Call me sentimental, but the big highback chair and the glasses case and pens in the shirt pocket remind me of my dad! But I digress. Sorry.

This video was originally posted on the nebulajr YouTube channel April 15, 2009.

I would like to share how I used this blog-post transcription and video with my IB Chemistry students. First, without much prompting about the discussion, I simply gave my students a printed copy of the transcript and then showed them the video. (Note: Some of my students preferred to only listen, while others followed the interview through the written text, thus making it more accessible to them. That's my main reason I chose to provide a written copy.) I didn't pause the video or offer any interruptions or commentary. I simply let the students watch the interview. Then I had them work in their groups on the questions listed below. Each question was followed up with discussion.

What is your reaction to the video?

A bit of discussion followed their table group chat. With three classes discussing this video over about a two-week period due to scheduling issues, I don't remember many of the details, but I do recall students getting into the idea of how truly deep you can go when explaining something. One student said that each "Why?" leads to another level of depth - and another "Why?". And so on, until you either get to the heart of the matter, or your understanding finds exceeds your limit.

How does this relate to our chemistry course?

Again, the details are murky - but the students weren't bothered by the lack of chemistry content in the video. Rather, they brought forth ideas we'd been discussing - such as hybridization of orbitals and how that can be a model to explain molecular shapes.

What is the most important sentence/phrase in the interview?

I always enjoy this type of question for almost any reading, as it is so open-ended and groups of students rarely offer the same choice. I had a PDF of the transcript on my screen and ended up with highlighted text from all over after each of the five groups. Sometimes with a discussion like this I end up asking other groups to evaluate a choice, stating whether they agree or disagree with the importance of the sentence and the reasoning given by the original group. Of course, time can be a factor here, but there's no doubt I enjoy the discussions.

So what do I hope students get out of an activity like this? I won't claim it's "real chemistry" per se. It certainly isn't to raise IB test scores. Rather, it's to engage them in discussion about bigger issues - like what the question "why?" really means in science - compared to "how?"

And I will even admit an ulterior motive here: I want the students to understand how even a Nobel-winning physicist can admit that "why?" isn't always easy to answer - for reasons I'm certain the students hadn't considered before. I felt a sense of relief when I read the transcript for the first time, thinking even more than ever that it's OK if I can't answer EVERY "Why?" that is thrown my way. I also like students to see that analogies have limitations. From Dr. Feynman, "I can't explain that attraction in terms of anything else that's familiar to you. For example, if we said the magnets attract like if rubber bands, I would be cheating you. Because they're not connected by rubber bands. I'd soon be in trouble. And secondly, if you were curious enough, you'd ask me why rubber bands tend to pull back together again, and I would end up explaining that in terms of electrical forces, which are the very things that I'm trying to use the rubber bands to explain." I'll admit that I like to use analogies - but lately I've tried to move away from them and focus more on the model we are discussing, and accepting that each model (E.g. VSEPR, hybridization, MO theory) has advantages and limitations.

Since I teach IB courses, the connection to the Nature of Science and Theory of Knowledge is helpful as well. In summary, each science course in the IB is tasked with exposing students to the true nature of science (well, as defined by the IB, I suppose). Essentially, that science is a way of thinking more than it is a body of knowledge. And that there are many connections between science and our history and society. Theory of Knowledge is a course students take that discusses the very essential question, "How do we know what we know?" Any discussion I can use to get students thinking about this question - and knowledge in general - I view as a positive.

Do you have any favorite videos or articles that are not directly chemistry, but rather on the nature of science or related topics?

What did you think of the interview? Is it something you would share with your students?

Editor's Note: You can read more about Feynman in a September 2017 post.

What a wonderful topic to bring up in class.  You couldn't have picked a better person to use either--fascinating to listen to.  Kaleb wrote a really cool piece on the "nature of science" a couple months back and it too involved Feynman!  I actually gave Feynman's speech to my class to read, as the article suggested, and we had a wonderful conversation.

I know Veritasium and Neil DeGrasse Tyson have a few videos on YouTube involving the nature of science that I love to watch from time to time.  In addition, some of Lawrence Krauss's lectures provide beautful descriptions on the nature of science.  All of these could serve as great additions.

Very cool idea and thanks for posting this!

Thanks Ben. I'll go look at Kaleb's work on the Nature of Science, also. It's an area of my teaching I always feel I can improve - as I tend to just plow through content in my IB courses.

Thanks for the ideas! 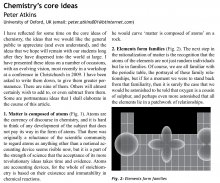 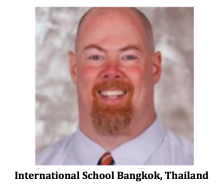 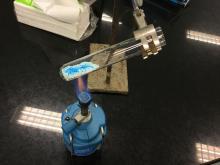