Struggles with Bonding...Making it Simple... 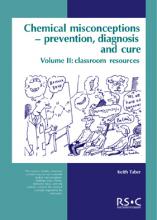 I have always struggled teaching the concept of bonding. What is a chemical bond? Is it just covalent or ionic? What about hydrogen bonds? Are those real bonds or just attractive forces pretending to be bonds? If they are not official bonds, what do we call them? How about intermolecular forces? How are those different from salt crystals that attract to other salt crystals but are called ionic bonds? How about "electronegativity"? If there is a metal nonmetal compound but it is just shy of the "cut off" for the difference between polar covalent and ionic, what type of bond is it? Essentially, as I got confused over the years, this translated into confused students and rushing on to get to the next unit in an attempt to cut my losses.

All of this started to change when I asked Dr. Ellen Yezierski a simple question...."What is a definition of a chemical bond?" She suggested the following..."An electrostatic attractive force between substances." All of the sudden, this provided me a light at the end of the tunnel. With this one definition I was able to approach bonding from a different perspective than I have in the past. Essentially, the students and I tried to look at everything from the model of positive nucleus with negative electrons and how they are like magnets pulling or pushing on other electrostatic type substances around them. If it is a pull, we will call that a form of a bond. It did not matter if we are talking about covalent or ionic bonds between atoms, hydrogen bonding and dipole dipole forces between molecules. All of these involved one electrostatic force attracting to another. The key was to figure out the force on an atomic level and predict function on a large scale. Far easier said than done....

A huge help was a book by Keith Taber from the Royal Society of Chemistry. There are two volumes, "Chemical Misconceptions; Prevention, Diagnosis and Cure." Volume 2 is a nice set of exercises that can be used as both formative and or sumative assessments with students. We started out with a formative assessment activity called "Ionic and Bonding" from Volume 2. It was a nice way to see where students were at with bonding. It was simple to check and we went over many of the questions in class. The same questions can and were used again at the end of the unit as some summative assessment questions. The other activity from the book that was used was called "Spot the Bonding". Students had to look at a drawing and decide which type of bonding was present. Was it metallic, ionic, covalent, dipole dipole, hydrogen bonding? This came after doing work and labs on ionic, covalent, hydrogen bonding and intermolecular forces.

How did the students do? If I were to just look at the test score at the end, fair but not great. If I look at the summative assessment at the beginning and compare it to the similar questions at the end, they made huge improvements. I learned from my own experience that the idea of bonding for me and my students is involved, difficult and will take repeated work to nail down. The great part about looking at bonding as electrostatic attractive forces is that it will be relatively easy to refer back to in almost every other content topic we cover. Chemistry and life is sometimes about a process and persistance....maybe it is the same for teaching as well...