The first chapter of every middle and high school science textbook I have ever seen contains a section on “the scientific method.” As a result, by the time your students get to you they are probably very adept at reciting how science is done, or at least how they think it is done. A short list of easy steps is presented which always, incomprehensibly begins with forming a hypothesis (which some people insist must be an if-then statement), and then BOOM! Science has happened. This oversimplification and the dry exercises I’ve seen used to “teach” it led me to dispense with teaching the scientific method explicitly for several years. Rather, I wanted my students to gain an understanding of science by doing science, as best as we can replicate in a classroom, though inquiry labs, class discussions, and defending claims with evidence. However, I came to find out that while my students comprehended how our classroom functioned; they still did not understand what scientists did or how to evaluate claims outside of the classroom.

For the past three years, I have spent the first couple of class days on the Build a Boat Challenge in order to build classroom culture. This year, I wanted to follow this up with an additional activity that challenged students to comprehend the nature of science and have another class discussion in which they could engage without worrying if they were getting to “the right answer”.

To this end, I pulled reading selections for my students from two of my favorite sources. The first is the introduction from Richard Feynman’s first Lecture on Physics, Atoms in Motion. The lecture is worth reading in its entirety and does a wonderful job of eloquently surveying the key points of basic chemistry. The second is an excerpt from Antoine Lavoisier’s The Elements of Chemistry (French: Traité Élémentaire de Chimie). In both, the authors discuss the nature of science, the role of experimentation, the definition scientific truth, and the best way in which to teach science.

I assigned these two readings as homework and gave them a couple of nights to read them and prepare draft answers to a set of discussion questions. Though the passages are not lengthy, they are dense, especially the Lavoisier, which was originally written in French in the late 18th century. Students told me that it was a difficult read, but I am confident that they understood Lavoisier’s arguments after listening to those same students during class discussion. The day of the discussions I sat the students in a semi-circle and opened the conversation with Feynman’s opening in which he claims that all of their professors assume every one of them will become experts in that field. I posed the simple question: if Feynman’s assumption is accurate, how do you feel about your teachers designing their course assuming you will one day become an expert in that subject? For me, opening with a question about how they feel was important, because then all are explicitly aware that there is no correct answer and, therefore, more likely to engage with the debate.

The conversations that followed were fascinating. In the course of a single class, we discussed both articles using their prepared discussion questions as a guide. These questions helped immensely because all students had something prepared before class began. We discussed scientific truth, experiment, the components of a defensible conclusion, and everything that students should discuss when trying to understand what science is. Because both Lavoisier and Feynman discuss the necessity of building complex topics on simple foundations, I was also able to explain my rationale behind the structure of my course.

Lavoisier and Feynman agree on most fronts but differ on one nuanced point that is rich in discussion: the role of imagination in scientific research. Feynman argues that imagination is necessary to inspire the researcher to conceive of and explore his/her various questions. Lavoisier dismisses imagination outright, arguing that it does no more than to deceive people in to making suppositions instead of conclusions. The conjecture of the natural philosophers was the contemporary target of his ire, but the proclivity for people to deceive themselves with “knowledge” that is easy to understand is something all students can understand and cite examples of. A wonderful debate was had and one of my students, drawing on her knowledge from literature and history, pointed out that Lavoisier was writing during the rise of the Romantic Era so his quantitative, Enlightenment fueled research may have found detractors in its time. This cross-curricular connection was one I was not expecting and is one of many anecdotes I could share about the benefits of this exercise.

I hope that you find a place for a discussion like this in your classroom. I have linked my copy of the two passages and reflection questions I used. If you have any feedback or if this sparks any ideas for you, let me know!

Editor's Note: You can read more about Feynman in a January 2018 post by Lowell Thomson.

The preview image of Richard Feynman was found online.

Ben Meacham commented on my recent blog about using a Richard Feynman interview to discuss the Nature of Science and "why?" questions. He pointed me to your post here, which I somehow missed when you originally posted it.

Thanks for including the PDF with the readings and questions.. I'm downloading the Kindle version now for some interesting reading, when I can find the time.

I'm definitely going to use this two-part reading with my students...just looking for a good place for it!

I hope you do find the reading's and ensuing discussion interesting. I had a blast with the discussions, but don't think I've done a great job explicitly threading the theme throughout the year. Something to consider.

I would say that it could work at any point in the curriculum before you do something in which you will ask students to draw conclusions, make inferences, do an inquiry lab, etc.

Let me know how it goes!

Thank you for your comment, Albert. I want to say that I have read part of this book in the past as the title rings a bell, though I am not too sure. It is definitely on my reading list now! 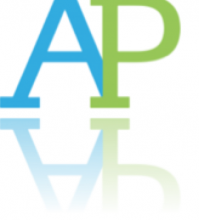