Aimed at students and educators in the physical sciences, this textbook can also act as a reference source for all scientists. Other books in the past few decades have covered the topic of the ethics of scientific research. This text concentrates on the philosophy of ethics as applied to physical scientists, their performance, and the publication of their research more deeply than just the societal aspects of the research results. In addition, issues of under-represented groups, research directed at weapons, and the interaction of science and public policy are treated. Coverage is made of engineering research (but not engineering practice) and researchers, but ethics of medical and biological scientists is not covered since it is better covered elsewhere. Bioethics is not covered but Appendix D contains resources on bioethics.

Since this is a textbook, aimed at class discussion of the issues, questions and case studies are included at the end of each of the chapters and sub-chapters. Discussion questions and case studies can be tackled without further consultation of references but inquiry questions do require further information research. Each group of questions includes a guided case study that provides leads for the analysis of decision making. Notes and lists of resources for further reading conclude each chapter and section and Appendix B is a general bibliography of multimedia resources for the topics. The author maintains the print book is better than an e-book since it encourages group and class discussion.

Chapter 1, “What is Ethics”, covers the philosophy and history of ethics in general. A list of five primary ethical values for scientists is given. “What is Science” is the title of Chapter 2. Topics include the pitfalls of inductive reasoning, statistical inference, falsification, and scientific methods to overcome the disadvantages of inductive reasoning. Funding and publication of research and research results is covered as well as correction processes: review of proposals and manuscripts, replication and reproducibility, and correction of honest errors.

Chapter 3 is titled “The Scientist and Truth: Dealing with Nature”. Topics include formation of hypotheses, observations, recording and storage of data, error analysis, and construction of models. The section on research conduct and misconduct includes the legal definition of research misconduct and procedures for addressing research misconduct.

“The Scientist and Justice: Dealing with other scientists” is the title of Chapter 4. Topics include who the authors (collaborators) are, the predecessors, citation practices, reviewers and referees, grantees, journal editors, grant officers, and whistleblowers. Role models, advisors, supervisors and mentors are also discussed and guidelines for both mentors and mentees are included.

Underrepresented groups in science are discussed in Chapter 5 including the history of and current status and trends of women and minorities in science. Overt and covert discrimination, micro-inequities, differences in career styles, work-life conflicts, and sexual harassment are topics. Research with human and animal participants are sub-chapters and guidelines are included.

Chapter 6 discusses the scientist and society. Topics include public funding, basic and applied science, big and little science, controversial science, and science and the citizen, including scientific literacy. A sub-chapter on science and weapons is included. Examples include the plusses and minuses of Haber’s nitrogen fixation process, atomic bombs, and chemical warfare agents. Another sub-chapter covers conflicts of interest for both scientists and institutions and guidelines for managing conflicts of interest. The important topic of intellectual property is discussed. Trade secrets, trademarks, copyrights, and patents as well as ownership of records and data and the Freedom of Information Act are discussed.

A brief concluding chapter on final advice on science conduct precedes four appendixes with guidelines for laboratory notebooks, a bibliography (including biographies of scientists), teaching ethics, and resources for bioethics. There is also an index.

Instruction in and discussion of ethics and scientific research is an essential element in science pedagogy either as course content or as a standalone course. This book is an excellent resource for instructors for college undergraduates on up. 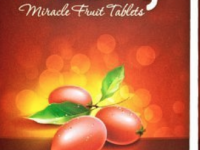 The Alchemy of Us - How Humans and Matter Transformed One Another