A recent blog post, Flash Rocks from Green Chemistry and LEGO Brick Perspectives, described “flash rocks,” which are stones that produce flashes of visible light when rubbed or struck together.1,2 The stones are typically composed of many quartz (SiO2) crystals. When the rocks are struck together, some of the crystals break and chemical bonds are broken to produce uneven distributions of electrons. As the electrons redistribute, air molecules are excited and produce a flash of light.3-5 At the recent Biennial Conference on Chemistry Education at Purdue University, several flash rocks were distributed at a presentation and at the ChemEd X booth.6 A number of people asked how to find their own flash rocks, so some tips for finding these rocks are described below the video.

An excellent source of polycrystalline quartz is the metamorphic rock quartzite. Metamorphic rocks are transformed from other rocks, typically by heat and pressure. Quartzite is produced by the recrystallization of the quartz in sandstone.7 Figure 1 shows a few quartzite rock outcrops that are exposed in the midwestern United States. These tough rocks are not easily worn down, and can produce spectacular features. Some quartzite formations have a reddish or even purplish color from impurities such as iron.8 The reddish quartzite can be used to produce triboluminescent flashes, but generally, the flashes are brighter in white flash rocks. 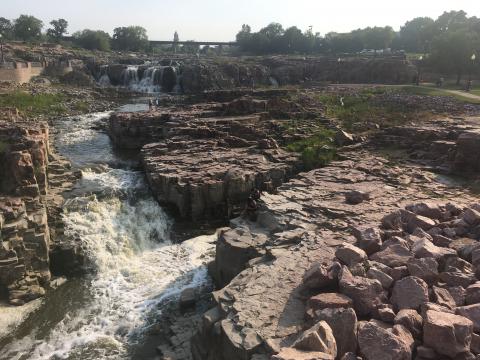 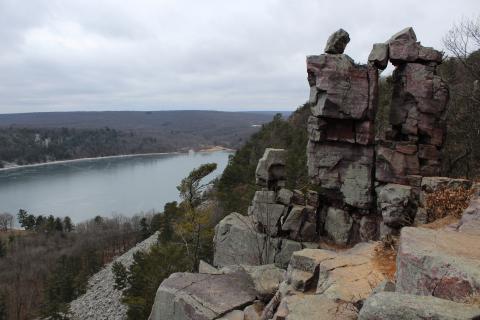 Being metamorphic rock, quartzite can be found in areas where bedrock is folded and heated, such as in the vicinity of mountain ranges. It is important to note that quartzite is not the sole source of quartz. Quartz is a common mineral that can also be found in igneous rocks such as granite and pegmatite produced as melted rock freezes. Significantly, quartz can precipitate in cavities and veins in a wide variety of rocks. This even includes sedimentary rocks, which are produced from sediments that have had their grains chemically cemented together.9  Figure 2 shows a few examples of quartz from various sources. Figure 2. Examples of quartz from igneous, sedimentary, and metamorphic rocks. (TOP LEFT) In igneous pegmatite from the Black Hills, SD, (BOTTOM LEFT) as filled and hollow (geode) masses from sedimentary rock from Hamilton, IL, and (RIGHT) as red and white metamorphic quartzite, possibly from the Baraboo Range in WI.

Whatever the source, to make good flash rocks, the quartz should be:

Since the quartz for flash rocks can be sourced from many types of rocks, where might the rocks themselves be obtained? They can be purchased as products labeled as flash rocks from various places,10 or they can be purchased simply as pieces of quartz.11,12 There are a number of places where quartz can be found outdoors for free. The mineral itself is a very hard mineral with a network covalent structure.13 This means that quartz can be used as construction materials. Quartz-bearing igneous and metamorphic rocks can be used as ballast to support railroad tracks, sometimes quite a distance from their source formations. Some roads in the midwestern United States have a red hue from the quartzite stones that they contain. Stones from near railroad tracks or roads can contain some good-sized flash rocks, although they might not be very smooth. The hardness of quartz means that it can persist in erosive environments for a long time. This makes stream beds and shorelines in the vicinity of the parent bedrock a good place to look for rounded quartz stones. Rock gardens can also contain a variety of stones that were rounded and deposited by glaciers, streams, or related erosion processes. It is fascinating to find rocks in a rock garden that were possibly plucked from bedrock hundreds or thousands of kilometers away and then transported to their current location by glaciers.

One challenge to finding flash rocks in rock gardens and other places away from source rock formations is that they can also contain many stones that are NOT flash rocks. For example, limestone which contains minerals such as calcite (CaCO3) can appear whitish in color and can strongly resemble quartz. In many cases, however, the quartz appears to be more shiny and more translucent than limestone. Figure 3 illustrates this with a laser pointer shining into quartzite, where it scatters through the stone, but being blocked by limestone. It is not necessary to bring a laser pointer to look for flash rocks! However, it might be helpful to go hunting when the sun is low in the sky. Sometimes the low angle sunlight shines into the quartz stones and scatters internally to light up them up relative to other stones, Figure 3. 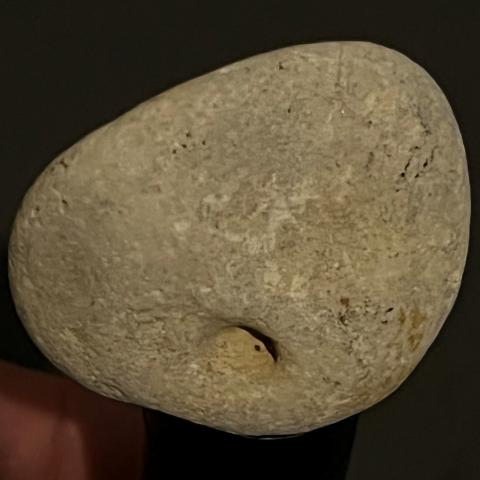 Water can help in the search for flash rocks. Any possible translucence of quartz rocks could be obscured by dirt and a bit of water can wash that away. However, even clean rocks can have surfaces that are so rough and abraded that their frosty-looking surfaces scatter light and any underlying structure is difficult to observe. Smooth rocks have surfaces with a less hazy appearance from light scattering. A film of water on the surface of the rock fills in the scratches and effectively serves to smooth the rock surface. Water and air are both transparent to visible light, but the refractive index of air is low at 1.0003. The refractive index of water is higher at 1.333 and is closer to that of quartz (SiO2) and calcite (1.66).14 Light scatters more from interfaces between two substances that have less similar refractive indices. A similar effect occurs when light scatters more from a dry, white snowball containing many air pockets and less from a wet, more translucent snowball containing few air pockets.15 This phenomenon can also be demonstrated using a little water and a transparent solid with a roughened surface. Figure 4 shows a sheet of cloudy, etched glass with a film of water over part of its surface. The printed grid below the glass is much more visible through the wetted area of the glass than the dry area. The refractive index of air is 1.0003, but the refractive index of water is 1.333 and is closer to that of soda-lime glass (1.52).14 In a similar vein, polishing rocks in a tumbler can remove some of the surface abrasions to produce shiny rocks with a permanently wet appearance. Placing a little water on dry rocks before tumbling them can show what they will look like after tumbling. 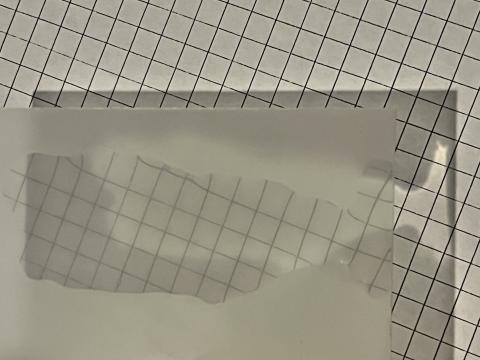 Figure 4. A layer of water on a sheet of etched glass makes it more transparent to see the pattern under the glass.

A chemical test that can eliminate calcite, limestone, and other carbonate-containing rocks from being erroneously selected as flash rocks is a simple acid test. Acids react with carbonates to produce carbon dioxide and water. Limestone rocks are even used to neutralize excess acidity in wastewater.16 Quartz is not only hard, it is also rather unreactive. So, if a rock fizzes in acid, it is not quartz. Realistically, it is probably simpler to test candidate flash rocks for a flash by striking them together rather than tumbling them or testing them with acid.

As noted in a previous blog post, in a classroom setting, connections can be made between flash rocks and concepts associated with breaking and forming chemical bonds. Breaking bonds is endergonic and the energy comes from the kinetic energy of use striking the rocks together. Light energy is released as electrons excited by the fracturing move into more thermodynamically stable positions. The information provided in this post might make it easier to purchase or find the flash rocks for these demonstrations.

Safety Goggles should be used when working with the flash rocks demonstrations as there is always a possibility of rock chips flying from the stones when they are struck together. Striking the rocks together could also produce small bits of quartz that could be inhaled. Exposure to quartz dust could raise a person’s risk of contracting silicosis, so breathing protection such as a mask is recommended.17 Always wash your hands after completing demonstrations. When collecting rocks, be aware of local laws concerning collecting and do not risk your health.

Acknowledgements We thank Tom Kuntzleman for recording Video 1 of the flash rocks lighting up that is referenced in this post and for providing information about where to purchase quartz stones. This work was supported by Bradley University and the Mund-Lagowski Department of Chemistry and Biochemistry with additional support from the Illinois Heartland Section of the American Chemical Society. The material contained in this document is based upon work supported by a National Aeronautics and Space Administration (NASA) grant or cooperative agreement. Any opinions, findings, conclusions, or recommendations expressed in this material are those of the author and do not necessarily reflect the views of NASA. This work was supported through a NASA grant awarded to the Illinois/NASA Space Grant Consortium.