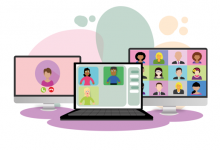 2YC Editor's note: Please welcome Jennie Kong Mayer as a new 2YC (Two Year College) lead contributor for ChemEd X. Jennie is a faculty member at Bellevue College near Seattle, WA. She earned a master's degree in chemistry from the University of California, Riverside, studying gas phase ion chemistry with Prof. Tom Morton. It was at UCR where she enjoyed her first year as an organic chemistry TA, ultimately receiving an Outstanding TA award for her work with undergrads. This was the springboard to an almost two decade career teaching as a community college faculty. Jennie's first professional interest was in chemical demonstrations and using POGIL. She has since expanded her knowledge base to include online teaching, and chemistry in context- including the cross-disciplinary approach to food chemistry, chemistry and art, and forensic chemistry. Jennie is an Achieving the Dream (ATD) co-lead at her college. ATD provides a framework for guiding institutional change and nurturing a culture focused on student success. In future ChemEd X posts she will discuss equitable practices and closing equity gaps. In her spare time, Jennie, an accomplished classical piano and flute musician, has learned the guitar and plays in an all-female vintage swing band, Lulu Swing. Welcome Jennie!

Increasing engagement in online synchronous sessions is a challenge! As a long-time POGIL and small group work practitioner, going fully remote due to COVID-19 has made it difficult for me to break down the screen/online barrier.

The first thing I noticed was that students were not using their webcams or microphones during lectures. I always turned on my webcam, but I can understand why most students did not want to turn on theirs. Initially I thought it was because they didn't have webcams or microphones, maybe they didn't want their background environment to show (I can show them how to use a virtual background), or their internet was slow and the additional bandwidth was difficult to manage a stable connection. When I asked most of them why they weren't turning on webcams, the reason was simply that they just woke up and didn't want to show their physical state at 9am!

The second thing I noticed was that everyone came to class the first session but then attendance dropped to about 2/3 for the rest of the quarter (Belluvue College in WA state is on the quarter academic system). I realized that part of this was connectivity but for others they preferred working asynchronously. I also felt my 1-2 hour lectures online were not engaging, and students felt it was a lot of time to be sitting there taking notes for that long and waiting for the same people to answer my mostly rhetorical questions!

So I tried a few things to increase engagement, and I think it helped:

I was very eager to use one of Zoom's features: Breakout rooms. It was easy randomly generating groups. It was fun to move seamlessly between rooms to listen in on what students were discussing on problems I gave them. I quickly realized most of the students were willing to turn on webcams and use microphones in small groups.

Students were tired of meeting completely random people each time. We know how important building trust and community is in the classroom. In an online environment where there are few connections between students, it's even more important to help nurture these relationships. Also with new materials and concepts each week, it was difficult to introduce a new group as well– it seemed overwhelming.

There is a way to pre-assign breakout rooms but I honestly didn't want to mess with it. I was not going to put together a list ahead of time and then try to assign people– what about people who didn't show up? There has to be an easier way.

Then an inadvertent teaching moment came! learned something at a recent 2YC3 virtual Zoom meeting (2YC3 = Two-Year College Chemistry Consortium) where we were trying to get into breakout rooms based on our area of interest/discussion topic (shout out to Robert Kojima at San Diego City College!). We used the Zoom "rename" feature to label ourselves which topic we wanted to talk about. The moderator could then see a list of people with their topic next to their name, and shuffled us easily using checkboxes for each breakout room. It was brilliant!

I adapted this into my summer chemistry course: I shuffled students randomly into groups of 3-4 on our first meeting. I went to each group and told them their group number and requested that they remember it. Looking back, I could have asked them to think of a team name but didn't want to spend a lot of time on that (although that would be a fun activity too... maybe their team names are famous chemists, or functional groups, or named reactions? I should do this next time!)

At the next class meeting, I had them rename themselves (e.g., "Jennie 1"). I could see a list of participants and their names and group numbers– I could check all the "group 1" folks and put them in the same room. Repeat for all groups. Easy way to shuffle them into breakout rooms!

Another thing I learned was when one of my students renamed himself "Caleb him/his". I really appreciated the reminder about gender pronoun identification and plan to encourage students to do this as well as model this behavior for all my students in the future.

There are times when students forget what group they are in, so I recommend for instructors to keep the group assignment list on hand. Also there are times when absences affect the number of people in groups so I shuffle people around or combine groups as needed, but it's not a big problem and people don't seem to mind. I find having 3-5 students per group is a good size. Having two students in a group seems too few. We must also keep in mind that not everyone has a webcam or microphone and to encourage students to use the chat for students who prefer communicating that way. We must recognize not everyone has access, and some folks prefer different modes of communication.

3) Create a daily or weekly group online quiz/assignment and use the Zoom annotate feature.

Once students were in breakout rooms, it was quickly apparent the students needed a meaningful assignment to stimulate discussion. I usually create a quick assessment from test banks or homework problems if I'm in a hurry. I will build it into the LMS the day (or hour!) before and if I run out of time, I'll build it in Word and send them the file.

Finding time for this type of group work is a challenge. I have adapted a "need to know" style of lecture where I will cover the main points only, and maybe only a few examples as needed instead of all the examples I'd normally use. Being online has meant there is a need for reduced lecture time – it's just too difficult for people to sit and stare at a screen. What does this say about our normal classroom practice? It's good to keep lessons short in any modality, I think.

It's really important to encourage each group to find someone in the group who can share their screen. This aspect really helps get people on the same page.

I also encourage use of the Zoom annotate feature. Students don't notice this one as much as the chat so it takes some time to show them how to access it (you need to enable this feature in your Zoom settings to allow it). But once they can use annotate, they can communicate even better with each other regarding concepts and possible answers to their questions. In my case, students have a hard time talking through organic synthesis but with annotate they can draw out synthetic intermediates or mechanisms– it's really great to see this!

After some time, I close the rooms and we get back in the main session to talk about common misconceptions and mistakes. We end class with a discussion of what students should be working on and have done by next class session, and what we will cover in case they want a preview. For students who miss class or prefer working asynchronously, I make the group quiz available to them to do on their own by the next class period. I set up the group quiz for two attempts in case anyone in the class wants to do it a second time for review. The quizzes seem to help motivate students to keep up with the material as well, but provides an incentive to those coming to class to pay attention and feel part of a community. As a result, I get a lot more interaction in the class sessions.

I plan to assess this method by using the built-in polling feature in Zoom to see if they are finding the group quizzes to be of benefit. My feeling is that they like the chance to practice and interact with each other. I'll report back on my findings.

Do you have any Zoom tips or small group tips for remote learning? Please share!

Acknowledgements: I'd like to thank Robert Kojima (chemistry faculty at San Diego City College) for his quick and easy way of assigning breakout rooms. And thanks to Zoom for the breakout session, rename, annotate, virtual background, and polling features. I use all of them and have taught my students to also.

Building a Chemistry Community With Storytelling 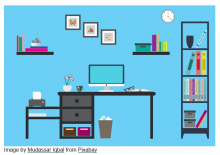 Getting More Students To Come To Office Hours