Paper can be folded and cut, and then unfolded to produce a variety of flat symmetrical patterns. Many people have used this technique to make decorations like paper snowflakes, but this approach has also been used to make models of molecule-scale structures.1 Here, instructions are provided to build models of chemical structures with varying degrees of complexity and symmetry.

The paper models might be used for a variety of situations. A high school teacher colleague has noted that these sorts of activities could be useful for filling in small gaps in class, for example, as a semester is wrapping up. The templates contain a bit of information about the species being modeled, such as name and chemical formula. The various chemistry topics that could be associated with the models are scalable in the sense that not all of the structures need to be made, and symmetry concepts associated with the models can be covered with variable depth. Students could be assigned one of the chemical species to explore further with respect to reactivity, uses, and toxicity. The Supporting Information contains the PowerPoint drawn templates that can be printed onto paper, which can then be folded, cut, and opened to produce several molecular models. There is a QR code on each template linked to a video that shows how to build the paper model. 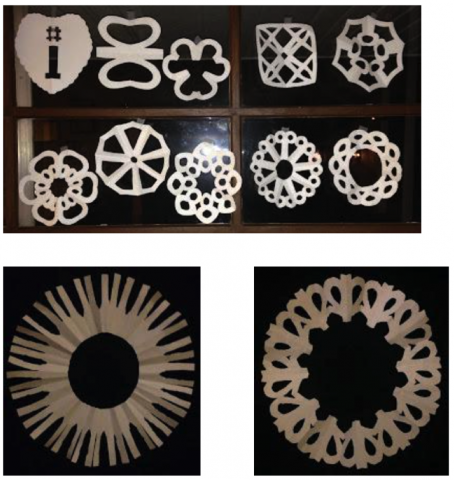 Figure 2. Symmetry elements represented by LEGO brick associated with a paper model of a portion of the structure of graphene. The blue bricks and baseplate represent reflection planes, the yellow bricks represent the C6 axis, and the red bricks represent C2 axes.

The graphene paper model shown in Figure 2 potentially represents only a small portion of a much larger sheet of carbon atoms. Regardless of sheet size, all of the carbon atoms in graphene are arranged in adjacent six-carbon rings and are each connected to three other carbon atoms. Carbon atoms tend to form four bonds in neutral structures, but this model shows a delocalized structure that does not distinguish between single bonds, double bonds, or other bond orders. The model merely shows connections between the sp2 hybridized carbon atoms. Because these carbon sheets are only one atom thick, graphene has great potential to be a high tech material. It is electrically and thermally conductive. It is nearly transparent, impervious to even small atoms, and very strong.5 The specific 24-carbon graphene structure modeled by the paper structure is thought to have been observed in space.6 At a down-to-earth level, graphite is comprised of stacked sheets of graphene. These sheets can slide past each other, enabling graphite to be used as a lubricant and to be used in pencils. This can be readily demonstrated with the models by placing one paper sheet over the other and sliding it back and forth.1

Other chemical structures contain adjacent six-carbon rings. These include polycyclic aromatic hydrocarbons (PAHs), which contain other atoms such as hydrogen attached to the carbon rings. PAHs are commonly found as a product of burned fossil fuels. Their emissions can be found naturally, such as a forest fire, or by human activity, such as industrial use of crude oil and grilling meat.7 Many humans are exposed to PAHs through tobacco smoke. Long term exposure to PAHs can produce effects that range from skin inflammation to eye, kidney, and liver damage to cancer. PAHs can be found in aquatic, terrestrial, and atmospheric environments.8 Scientists have experimented with PAHs, which are naturally found in space, mixed with very cold water ice to try to mimic conditions that comets experience when moving towards the sun. As the mixture warmed, crystalline ice formed at its surface, expelling some of the PAHs and creating a sort of icy crust with the PAHs on top. The findings suggest that some comets resemble deep-fried ice cream, as both have a crunchy outside with a cold, porous interior.9 PAHs have also been found in meteorites.10

Figure 3 shows the variety of PAH skeletons that can be produced from the graphene paper snowflake. Some of these structures have D6h symmetry, some have other symmetry classifications. 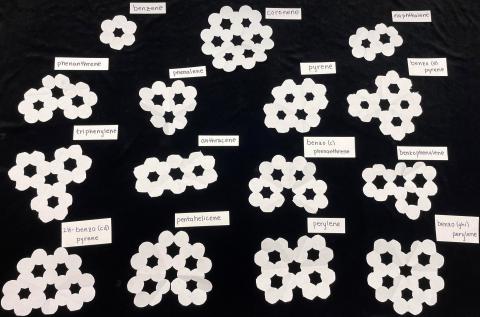 Figure 3. PAH skeletons that can be produced from the graphene paper model.

The chemical species modeled by these paper structures vary in their hazards to humans and the environment. Safety Data sheets can provide some insights into the hazards that these species present, but finding clear, consistent safety information can be a challenge. An interesting chemical species from a green chemistry standpoint is the rhodizonate ion, C6O62-. This is a rather simple ion with D6h symmetry, having a C6 axis of rotation perpendicular to the flat plane of the molecule. Its template for this structure, which also resembles a simple benzene ring, is in the Supporting Information. The rhodizonate ion is formed by removing two hydrogen ions from rhodizonic acid, and the rhodizonic acid itself can be synthesized from inositol, a biologically available sugar.16 This is in alignment with principle 7 of the Twelve Principles of Green Chemistry: Use of Renewable Feedstocks.17 The rhodizonate ion can react with metals to form colorful compounds. The most common use for rhodizonate ions are in chemical tests for lead, but barium and other metal ions can be detected as well.18 Figure 5 shows paper models of 2,4,6-tris(4-pyridyl)-1,3,5-triazine, the pentacyanocyclopentadienide ion, and the rhodizonate ion. Videos 4, 5, and 6 show how the paper models are constructed by folding and cutting the paper templates in the Supporting Information. The templates themselves contain QR codes linked to these folding videos.

As noted above, the paper models might be used for a variety of educational situations. At the very least, the paper structures resemble paper snowflakes and can be used as winter decorations with a chemical theme.

Safety Sharper scissors cut more easily through multiple layers of paper, but they also cut skin more easily. Consider the hand-eye coordination of individuals being asked to cut the paper.

Acknowledgements This work was supported by Bradley University and the Mund-Lagowski Department of Chemistry and Biochemistry with additional support from the Illinois Heartland Section of the American Chemical Society. The material contained in this document is based upon work supported by a National Aeronautics and Space Administration (NASA) grant or cooperative agreement. Any opinions, findings, conclusions, or recommendations expressed in this material are those of the author and do not necessarily reflect the views of NASA. This work was supported through a NASA grant awarded to the Illinois/NASA Space Grant Consortium. We also thank Kyle Grice for letting us know about the rhodizonate ion.