Real World Application: Drain Cleaners - Should I use them?

In May, my wife and I bought our first house. It’s a charming 1970s ranch that was in good shape and not a fixer upper; however, there have been a good amount of maintenance projects on the to-do list. Items like a bathroom fan vented into the attic rather than through a soffit vent (still on the list), building a new dryer vent from the basement to the outside (done), resealing the bathtub and fixtures (done), and the occasional drainage backup (ongoing).

In August, the bathroom sink drain became noticeably clogged up. Plunging didn’t work. I considered using a drain cleaner but ultimately opted against it and instead bought a plumbing auger at my local box store. After a few passes with the auger the clog seemed to open up. So how come I chose not to use the drain cleaner?

Here’s why: Common drain cleaners consist of water, sodium hypochlorite (bleach) and sodium hydroxide (base) and/or potassium hydroxide (base). Bases are caustic (caustic loosely means to gnaw or eat away at) and can cause corrosion in metal pipes. Wouldn’t you know, our house has PVC piping through the fixtures that dump into a 45 year old cast iron pipe. The cast iron pipe is old and currently shows signs of surface rust and corrosion to the point where the pipe appears to be leaking then sealing itself in several spots. Not to mention the interior of the cast iron pipe may not be completely open, thus, not permitting a fast flow in drainage. Good news: a home warranty is being taken advantage of to hopefully replace the cast iron pipe with a PVC pipe.

Once the PVC pipe is installed, that doesn’t necessarily mean I should use a drain cleaner for future clogs. For one thing, I don’t know the age, condition, or material used for the piping inside the wall. Secondly, we should also know how drain cleaners work. According to Pitzer’s Benjamin Franklin, “household chemical drain cleaners clear a drain by dissolving the clog using caustic or oxidizing chemicals. These chemicals either give or take away electrons to the stuff blocking your drain, creating a reaction to break down and loosen the clog. However, that chemical reaction creates heat that can soften plastic (PVC) pipes and may damage old, corroded pipes.” In other words, drain cleaners undergo an exothermic chemical reaction with the clog components that can damage metal pipes and possibly soften the PVC pipes making them less structurally sound.

Fortunately, big name drain cleaners such as Drano and Liquid-Plumr indicate the use of sodium silicate as a corrosion inhibitor to make their products safer for use in PVC and metal pipes. According to the Corrosion Engineering Handbook, Second Edition - 3 Volume Set by Philip A. Schweitzer, P.E., sodium silicate (water glass) had been in use for over 50 years at the time of publication (1996) and continues to be used to inhibit or reduce corrosion by forming a protective glassy film when used. More information about sodium silicate can be found here.

In the end, do your research and talk with experts in the field. Don’t always take the easy way out, because it may prove to be more work for you in the end. Drain cleaners may be easier to use, but they could cause more headaches down the road after repeated use. 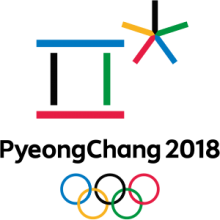 Connections to the 2018 Winter Olympics

Should I Record My Zoom Class?