"What are we doing to help kids achieve?"

I have attempted distillations in the past (check out this link) with some success. It usually gets student's attention. Students typically distill some soda and they separate out the flavoring. Several questions arise pertaining to physical and chemical changes, properties, classification of matter and practical use. I was inspired by the work of Bob Worley. Thanks to Bob, I decided to try it a little differently this year. 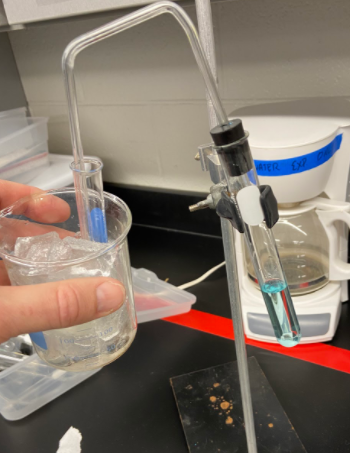 Figure 1: Set up for the simple distillation.

Students performed the distillation with the use of a test tube with a one hole stopper. A piece of bent glass tubing was placed in each stopper (see figure 1). It is very important to follow safety precautions when you do this. Flinn Scientific has an excellent method for this procedure which worked well (see the video here). I handled putting the glass tubing in the stoppers rather than having students try it. Students carefully heated the solution with a boiling chip. They placed a test tube in a beaker filled with ice. This is what caught the distillate. We did not have thermometers to get the temperature of the vapor. Students used the FLIR infrared cameras (see figure 2). 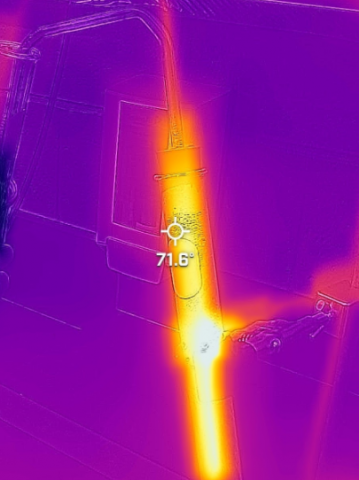 Overall, the distillation was the same as I have done before. What was different was using the FLIR camera and the mixture was not the typical soda we have used before. The FLIR camera worked rather well. The nice part about changing up the mixture is that we used a dilute solution of copper (II) sulfate. Granted, there is a "wow" factor about distilling flavored soda that students enjoy. However, we were able to add a test of the copper (II) sulfate solution they were going to distill before with a solution of sodium carbonate. Students also tested the distillate afterwards with the same method of adding some sodium carbonate solution. This introduced another level of analysis. We were able to review the idea of a reference and control. 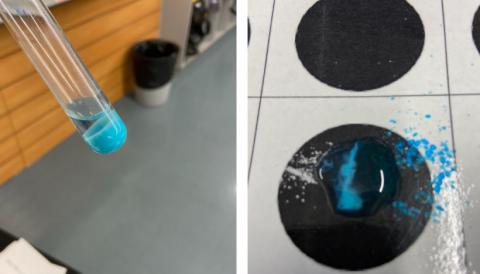 Students struggled a bit to understand the meaning of using sodium carbonate to test for copper ions. The next day they did some puddle chemistry with sodium carbonate and copper (II) sulfate (see figure 3). A positive test results in a precipitate of copper (II) carbonate. We had to slow down and go over basic reactions, precipitates and try to follow what was happening in the reaction itself. Then we went back and examined what the possible results for this test would mean before and after the distillation. After the distillation was complete, students saw that the distillate was clear and not the blue of the original copper (II) sulfate solution. However, there was not a single student who felt confident enough to drink the distillate (not that we would ever do that in a lab) based on this visual observation alone. The distillate then tested negative for copper ions when tested with sodium carbonate which created more confidence, especially after our quick puddle chemistry experiment. We still agreed it was a bad idea to drink from lab equipment!

There was also a review of nomenclature. More importantly it allowed students to frontload concepts of reactions, solutions and net ionic equations. Granted, this represents many concepts for such a small lab. The good news is that as a teacher I was able to stress the key parts of the curriculum and on other parts tell students, "Take note of this....we will hit this more later on." Essentially, it allowed me to get the biggest bang for the buck. Time in the lab is so precious that I am trying to squeeze every learning opportunity I can from each experiment.

Do you have an experiment that is flexible with multiple concepts? Please consider sharing. I would love to hear from you.

Thank you Chad. here are some videos from the UK. This is bending glass, https://youtu.be/LBZQ0isDc-s. We use 6mOD medium wall BOROSILICATE glass. As the tube bends, the outer portion of the bend becomes thinner and this is where stresses occur. Here is inserting a tube through a stopper, https://youtu.be/xGMPxdOc5_g. Our teachers do not have these skills we have technicians. I have been demonstrating this technicians for 30 years, as I believe a teacher should have these skills.
However, I prefer to use a side arm boiling tube for distillation. If the UK can afford them so can the States. See https://youtu.be/0Pwsuk1Q4gA and https://youtu.be/v9mWeu58V0c.

I think our bookhttps://www.millgatehouse.co.uk/product/understanding-chemistry-through-... has sold quite well. It is niche product.