What are we doing to help students achieve?

It is the start of another school year. We are coming off a world wide pandemic....sort of. Some students have not been in school in a year and a half. Our school also happens to be in the middle of a two year construction project with rooms, hallways, offices and many facilities moved, changed or closed. I have no idea, what, if any, lab skills students may have. I am also teaching five of the same classes. This is something I have never done. The first week is a bit of a trial run for students and staff. Teachers have been asked not to overwhelm students and build relationships but we also have to do something. In other words...a typical start to the school year.

In past years I have done the bowling ball lab described in my 2018 post, Do Bowling Balls Sink or Float in Water. This year I decided to try to do something a bit different to work on lab skills from day one using a kind of a "formative assessment lab". My first three bells came into the room and were asked to grab a small cup with a white powder. They were asked to make as many observations about the entire system that they could. They also were able to mix their powder with water, feel it and smell it. I stressed it was important to make complete observations over everything. This would be important for the next day.

Students came in the next day to find three different powders labeled XX, YY and RR at different tables. The powder they had the day before was one of these three. They had to match their observations and their lab partners to try to identify their powder. We talked as a class. Did they write down the number on the cup the day before? Did they describe the color of the powder? (The three powders were corn starch, flour and plaster of paris). There are different shades of white. Did they make a neat legible data table? If they added water, did they approximate the amount of water? Did they use units and labels? Ultimately, did they identify the correct powder? Could they justify their answer? You can imagine that on day three post pandemic they did not like the answers. I made it clear that this was a "practice" lab. We would use this to introduce how labs are graded and how standards based grading works in my course. You could feel a sigh of relief in the room.

My second group of students had a similar lab. This lab involved observing a candle before, during and after it was lit. Each group was given a candle, matches, a ruler. I encouraged them to measure as much as they could and to include time as a factor. We also took some time (in both classes) to talk about safety. The next day students were provided the same materials. I provided them with a specific time. They were asked to predict the height of their candle at the end of the time. We discussed how this would be graded if it were a real lab. Same as prior classes I wanted them to consider some questions. Did they have neat data tables with observations? Was color included? Did they have quantitative measurements with labeled units? Did they describe the smoke? What was the color of the smoke? Could they accurately predict the height of the candle after a set time? Could they describe the process to others? How did they justify their predictions? Most students in both activities did not realize there was so much involved in a simple activity about observations.

It helped me to get a sense of where students were at within the realm of labwork and the scientific process. We started in the beginning discussing how to work in groups, introduce ourselves and listen for understanding. We ended by talking about the importance of details. Both of these are lessons that will continue throughout the year. I have learned pretty clearly during the last year that there are many things I cannot control. I can control helping students learn science by doing science. Hopefully, it is a journey we will enjoy this year together. 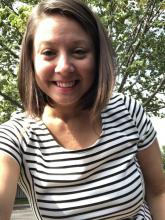 This is so clever! I love the idea of having them connect back and extrapolate data. Normally I give them the materials and ask them to make a graph but I really like how this is asked. What powders did you use?

Jaime - Thanks for the comment.  I used corn starch, flour, and plaster of paris.  Hope this helps.  Let me know how it goes.