At our school, we start with gas laws early in the year. We cover the kinetic theory of matter and then have that lead into the combined gas law. In years past, I typically start the unit with several common gas law demonstrations. I did the same this year with a twist. I did a few demonstrations but I had students model what they thought was happening before and after on the particulate level. The first gas law experiment was one that has been featured many times in ChemEd X. It was the Mentos and Diet Coke experiment (see the link by Tom Kuntzleman along with video 1 below). I had students create a simple particulate model comparing the difference between a cold Diet Coke and a warm Diet Coke. All of the students were able to predict that the warm would probably cause more foam. The students also worked on trying to figure out how to represent energy and speed on the particulate level. This also lead to a discussion of the nature of pressure.

The next experiment was the Ivory soap experiment. Ivory soap floats in water because there are small air bubbles in the soap. Students were asked to draw another particulate diagram that represented before and after heating a bar of soap in a microwave. They successfully predicted the outcome.

Finally, we got to the Cartesian Diver. This was a little more difficult. Students had a difficult time conceptualizing what might happen. I set the scenario and then told them to draw the particulate model before and after pressure was applied. Some thought it would go up. Other students reasoned that it might get hotter. Some said it would go down. All students had models with reasonable possibilities. I let them discuss it and then we tested with real Cartesian divers. 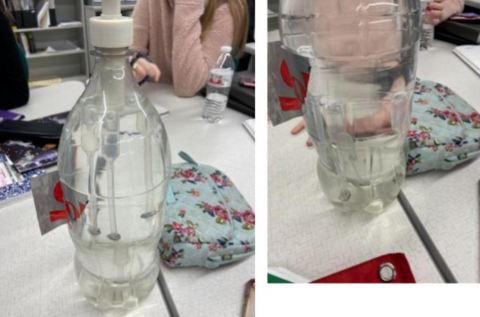 Students then had the opportunity to change their models to predict the experiment just performed. 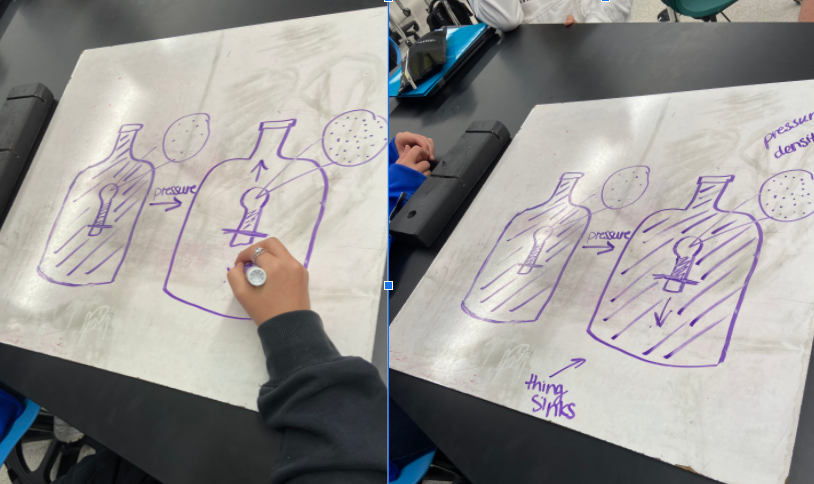 At the end of the two days I was not able to get to all of my experiments. However, the richness of the conversations and questions I am hoping will help establish a better scientific culture in the classroom. I definitely discovered that sometimes “less is more”. I also still have other experiments that I can introduce throughout the unit. This has certainly encouraged me to continue down the modeling pathway. I am hopeful that future attempts will go as well as this one.