Improvisation in the Classroom 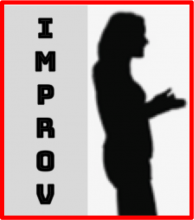 I recently attended a workshop at my state conference about improvisation techniques to use in the classroom. As a teacher we are challenged to constantly adapt our pedagogical techniques to meet the needs of our learners, and this workshop provided some new strategies to do just that.

The session was provided by Jessica Mintz and Michael Shanzer who had attended a workshop provided by the Alan Alda Center for Communicating Science through the New York State Master Teacher Program. The Alan Alda foundation works with scientists and professionals to take their complex knowledge and communicate it with others so it is comprehensible, clear and engaging. The session was great in that it explored new ways of communicating science concepts in a collaborate and creative way.

One of my favorite activities was called “Yes, and…” In this activity the two participants engage in a back and forth through conversation and build off of one another’s idea. The initial prompt at the session I attended was, “I heard that you are applying to NASA to become an astronaut.” The participant had to reply by saying, “ Yes and...and then..." following it up with something on the spot. The two went back and forth for a few minutes. I decided to try this with my students for a recent unit on the periodic table. We first modeled how the improv technique works with the same starter about the astronaut. Students then had conversations with each other back and forth saying “Yes, and....” For the periodic table prompt, students were to pick an element and describe its physical and chemical properties to help the other students identify an unknown element. Below is one sequence of interactions between students. It was a nice way to get the students up and interacting with each other, asking each other questions about trends and properties. This activity did come at the end of the periodic table unit so students had learned the key vocabulary and trends to incorporate in the activity. The activity can easily be modified to other topics and was done with a mixed population of special education and general education students. Some of the students were not able to identify elements due to a flaw in the clue provided, which helped them identify a misconception. Sometimes the two students were able to fix the issue by explaining to each other when something didn’t make sense. I like that the students kept it positive, so instead of saying, “No, that doesn’t make sense" if their partner made an error, they kept the conversation moving. For instance one group had this interaction “Yes, and I think higher electronegativity means greater attraction for electrons, not less, is that what you meant?” Or “Yes, and do you know what ionization energy is", or "how can I figure out if it’s higher or lower than another element?”

Another activity explored at the workshop is called the “hard sell”. Two participants had to improv the following situation: you are a door to door hairbrush salesman and have to try selling a hairbrush to a bald man. I couldn’t believe how the participants jumped in on the spot and created a hilarious exchange. I did this with my students just recently for midterm review, where the students had to describe as many possible uses for a particular type of glassware as they could. I was thinking in honor of the international year of the periodic table, I will let my students pick an element and then “sell it to the class” at the end of the year.

An additional activity presented was called the “One Word Story.” In this activity a group of individuals tells a cohesive story one word at a time. It starts when one person says a single word, and unfolds when someone else in the group offers up another word. This can be done by sitting in a circle and going around one person to the next to tell a story. We recently completed a hydrate lab and told a one word story as the report out for the lab. The one word story did not replace the written component of the lab conclusions or report required, but provided a nice closure to the activity. The activity can be adapted to allow students say a few words or a phase for the purpose of time as well as the teacher pointing to random people instead of going in a circle.

In summary, improv in the classroom is fun and engaging and a way to get everyone involved. It is sort of awkward at first, but definitely memorable and the students seem to have fun in the process. If you have any other ideas, please comment below.

I have been teaching Improv in NYC workshops, residencies and after schools programs as well as Professional Development for teachers. Research backs up all you say above and more. Simply by playing playing games, Improv develops creative writing, critical thinking, public speaking/presentation skills, team dynamic and self confidence. We now have show and classes online.  http://www.eightimprov.biz 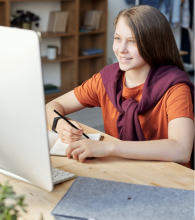 Why is Chemistry so Difficult?